On the same subject of the Chapel of Immaculate Conception at Sungai Batu Estate in a small village in northern Malaysia, here are some testimonies by a couple, which I would like to share with one and all. Thank you for reading….. Amen. These are first hand experiences by Linda and Peter Chai.

For everyone who might have (or have not) heard about this humble Chapel of Immaculate Conception at Sg Batu Estate in Bedong, Sg Petani, Kedah in Malaysia…. here is the new blog with more information including the location map. Red Roses for Our Lady is a testimony I contributed to the blog….which I share with one and all. God Bless Driving along unfamiliar roads with the guidance of the more informed ones among the group of 16 friends from Penang Island, we finally found ourselves slowing down along a narrow lane in an estate community, after about an hour’s drive from the Penang Bridge.

The four cars were parked at what seemed to be a small little house with a compound and we were pleased to have finally arrived at the Chapel of Immaculate Conception at Sungai Batu Estate. The friends eagerly entered the Chapel, hands laden with red roses and candles, all with smiles on their faces.

We brought red roses as Our Lady asked (as noted in one of the testimonies – please click here to read) for red roses. As the word passed around, most visitors would bring red roses…as well as candles to light at the sheltered candle stand beside the Chapel. 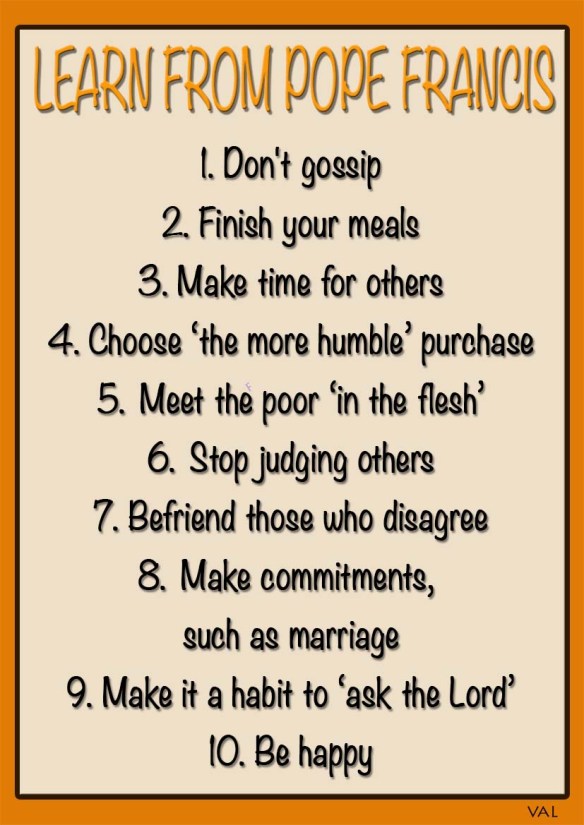 Since his papacy began in March 2013, Pope Francis has become the ‘talk of the world’, starting with being referred to as the ‘world’s parish priest’ to being voted as ‘TIME Magazine’s Person of the Year 2013’.

In December, the popular Pontiff graced the cover of the New Yorker magazine while Rappler.com summed up what we can learn from the Pope’s most memorable quotes, in the form of 10 New Year’s resolutions:

To start off the New Year, Pope Francis made the headlines as ….”Popular voice in the Capitol? It is the Pope’s”.

What do you think Pope Francis has to say about being the center of all this attention?Quite aptly, as noted in an excerpt from cnn.com:

“The Vatican welcomed Time’s selection, while making it clear the man so widely recognized for his humility didn’t seek the award and didn’t want its light to shine on him but on the mission of the church.

“We think that the declaration of the Pope as the man of the year is a positive sign… because it is a very prestigious declaration, given to a man who announces the love of God and the peace for all,” the Rev. Federico Lombardi told reporters. “And the Pope does not look for honors, but he is happy if his message — his message of the love of good — is received and understood. And then, in this sense, he can be happy of this declaration.”

May the good Lord continue to bless and guide our Pope Francis. Let us learn to be more like him. Amen. 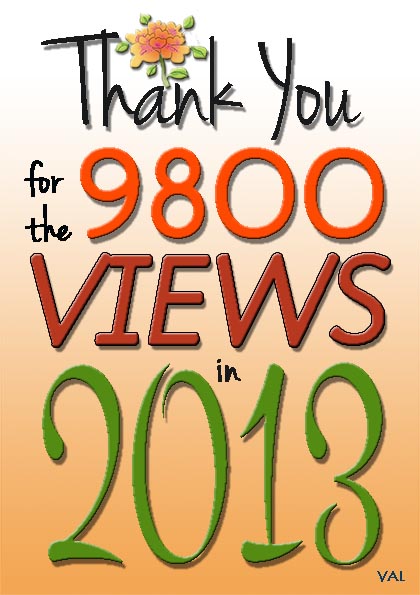 2013 was chock-a-block full of memorable happenings, with thanks to the good Lord for every little blessing which our family and friends received through the last year. May God continue to guide and bless us all through 2014 and beyond.

On the subject of thanks, we wish to express our appreciation for the continued interest in our humble blog. The efficient WordPress team informs us that we received 9,800 views last year, originating from 101 countries worldwide! The viewership is comparable to 4 sold-out performances at the Sydney Opera House which holds 2,700 people at full capacity.

We take this opportunity to wish everyone out there a healthy, happy, successful and prayerful year ahead!  Most of all, we wish and pray for Peace in the world.

Hot Off The Press…